Legendary Retro is an epic 3D heavy-duty MMORPG developed based on the BSC chain. It has mining, staking, PVE, DeFi, NFT and DAO functions. You can build your character, challenge different types of copies, upgrade your character level, and get the best equipment.

Legendary Retro is a combination of NFT games. DeFi and role-playing. The game mechanism allows players to enjoy the social network experience with other community members while gaining fun and profit, thereby easily “playing games to make money.” 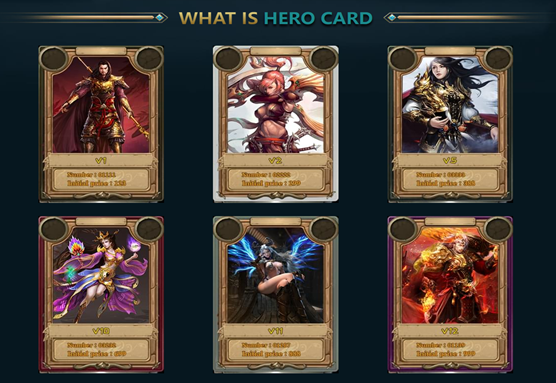 Players can upgrade to fight monsters in the legendary retro game. The maximum level is 12. Players can not only experience the thrill of fighting in the game, but also earn rich game rewards.

① Ecological fund: 10%; the release is completed in a total of 60 months.

The warehouse was locked in the first 6 months, and released linearly in the next 54 months, releasing 370,3703.7 MICs every month.

④ “Play to Earn”: 35% Total: 700 million MIC Release rules: Each scene in the game, each task mainline, and each competition challenge will be released. Release description: The goal of “Play to Earn” tokens is to attract players to join the [Legend 4] ecosystem to earn token rewards, and to give ownership and equity to community members who contribute to the ecological construction.

⑤Others: 15% total: 300 million MICs are used for necessary activities such as IDO and market incentives.

It is reported that Legendary Retro will conduct its first IDO in 2022.01.06

Looking forward to the game’s launch, so that more people will experience the excitement of the Legendary Retro!