In 2022, the encrypted world sprouts various popular things, among which the Metaverse is the least to be ignored. The power of chain games is essential in driving the Metaverse to the climax. It can be said that, the current scene of the landing of the metaverse lies in GameFi. From the perspective of scene fit and immersive experience, the role of GameFi is also indispensable. For deepening the worldview of the metaverse, it is also constantly analyzing the essence of GameFi.

Fully aware of this, GloryAllstar builds the 2.0 version of metaverse game platform, pioneers individual-distributed-node ecology and play-to-earn ecology. It uses the openness and transparency of blockchain technology and token incentive mechanism to solve the pain spots such as uneven distribution of users’ interests and ownership of players’ assets, and committed to create a mutually beneficial, open and free metaverse game system.

GloryAllstar is the new generation of metaverse game platform based on GameFi elements and Multi-Chain blockchain technology. Developers and players co-build an integrated game system, where players can easily find their favorite games and get rich one-stop game experience. At the same time, GloryAllstar’s unique individual distributed nodes, cluster-node ecology, MOBA token economy and NFT system inject a steady stream of vitality into the platform, encourage users from all parties to participate in the platform construction and propel the platform development, promote the industrial chain construction of encrypted games from upstream to downstream, and build the new generation of metaverse game platform!

Why can GloryAllstar become the next-generation metaverse game platform and lead the GameFi economy?

DAO is the cornerstone of the metaverse. In the design of GloryAllstar, the community formulates and executes the rules of the platform to realize a true distributed community co-governance ecology, and players get the incentive of GloryAllstar platform according to their contribution. GloryAllstar DAO organization is composed of developers, players and investment institutions. Members of DAO organization integrate mining, nodes and ecological construction through GloryAllstar’s unique MOBA token economic model, so as to create a real community autonomy, long-lasting operation, and play-to-earn Metaverse gaming platform.

MOBA is the only token of gloryAllstar ecosystem and the only currency supporting glory Allstar’s huge game ecosystem, including node ecological contributor rewards, daily game rewards, mining rewards, etc. MOBA holders participate in the operation and voting of the platform. Every game circulation and transaction circulation of the platform will trigger 3% of the repurchase and destruction of the token. For example,if the public chain circulation is equal to 2 million pieces per day, 60,000 tokens will be destroyed.A large amount of circulation will trigger extreme deflation, control the circulation of the token all the time, and the extreme deflationary token economy will ensure the value of MOBA. 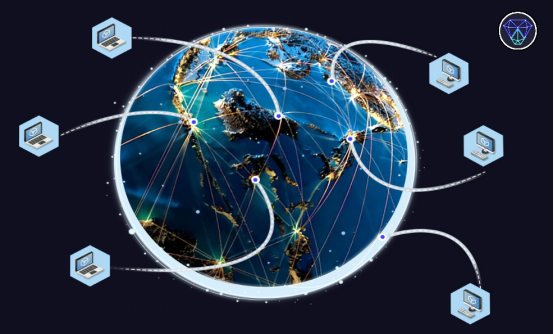 There are many highlights in the platform design of GloryAllstar, such as breakthrough multi-chain technology, DAO community autonomy, P2E playing method, etc., but the mechanism that makes GloryAllstar popular among the majority of community players around the world is its first individual distributed node ecology.

1) GloryAllstar node is one of the important ways to mine platform tokens. Node holders will receive MOBA token and airdrop rewards of limited edition NFTs. In the future, with the appreciation space of NFT, they will get greater benefits.

3) Users can get incentives by buying and running nodes and inviting others to buy and run nodes, including basic rewards and up to 10% invitation rewards. With this mechanism, a large number of node networks are spread out.

4) The platform node is composed of four nodes: Genesis node, Selected node, Common node and Airdrop node. In the initial stage of the project, players can run the node by themselves and get incentives. Among them, there are 30 Genesis nodes in total, which is a very rare node certificate. Holding Genesis nodes will obtain the airdrops of legendary NFT and unique badge in the game; the Selected node is a special node. The initial selling price is $1000. The price of each node token sold will rise by 0.03%, and the last 200 node vouchers will be 6 times the initial price; the initial sale price of common node is $100, and the price of each node token sold is 0.08%. The price of the last 2000 node vouchers will be 8 times of the initial price; the earlier you get the node, the lower the price. The Airdrop node is used as an incentive for users of the whole platform, and players can have it only by paying some GS fees. 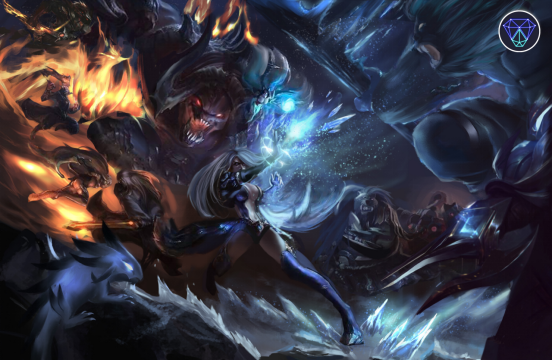 MOBA, the global first game of GloryAllstar, is already in beta testing and will be launched in March. MOBA is an online multiplayer arena game. It adopts the most popular P2E mode at present and obtains MOBA token rewards through PVP, PVE and other modes. As the next-generation Metaverse game platform, Glory Allstar is building its own independent Metaverse game IP and building a multi-game interoperability system. In addition to MOBA games, there are multiplayer online leisure and entertainment cultivation games such as war of Dogeking and so on. The MOBA token will be run through many game ecosystems to enhance the practical value of the platform’s general economic token MOBA.

In order to give back to players participating in the construction of GloryAllstar ecology, GloryAllstar cooperates with various games in the official ecology to conduct limited NFT airdrop awards. The rewards will be distributed to the M wallet of node users of GloryAllstar every day. As early participants and airdrop players, the value can be expected. The limited-edition NFT airdrop rewards so scarce will also give early owners a huge surprise in the future!

After the rapid development in 2021, the second half of Metaverse game is about to star. Global giants and market funds have entered the Metaverse game ecology, from which phenomenal applications will break out in the future. From the perspective of strong community users, rich game ecology, valuable MOBA ecological token and super playable node ecological design, GloryAllstar already has the potential of a giant Metaverse game ecological platform. As the world’s first platform that perfectly combines Metaverse, multi-chain technology, node ecology and GameFi system, GloryAllstar will be sought after by many game players around the world undoubtedly. Let’s wait and see where GloryAllstar will go in the future.